She wanted to know when he was going to join the Seneca Lake Defenders and get arrested protesting fracked-gas storage in salt cavern under Seneca Lake.

A couple of nights later we were in Watkins Glen, our closest tour stop to the proposed gas storage site. We were there with local winemakers, business owners and many others who had joined the campaign to oppose  gas-storage under Seneca Lake.

Local renewable energy company Renovus Energy was also there. We learned that they had donated the iconic blue We Are Seneca Lake t-shirts that defenders wore while blockading the gates of Houston-based Crestwood Midstream.

The sense of community and purpose in Watkins Glen was so strong. It’s a strength we’ve seen all across the world touring to communities facing down the threat of fracking from beach towns in California to rural communities in Pennsylvania, from winemaking communities in the Finger Lakes region of New York to winemakers in Ardeche, France.

It’s a strength that grows roots and pulls from everything about the places we call home that are worth saving. It’s strength with local character. 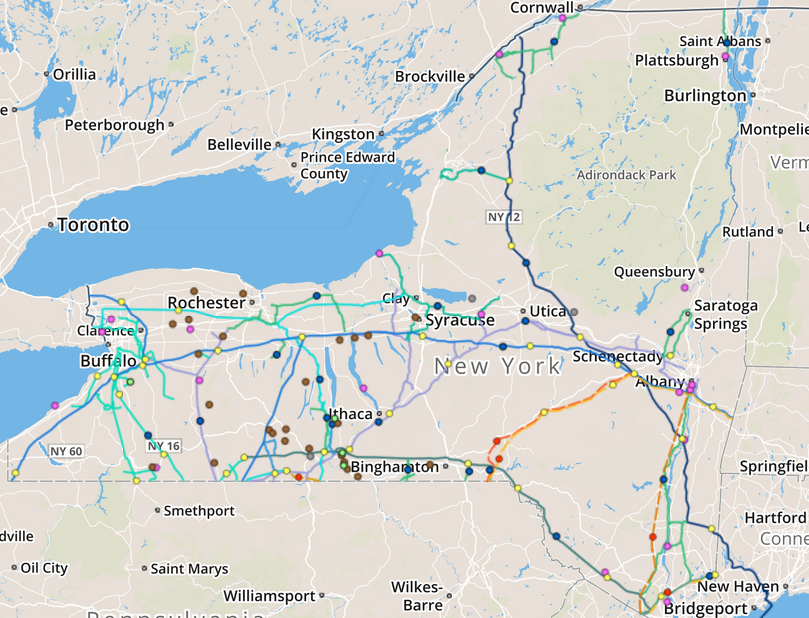 Map of the Week: YOU ARE HERE by Sane Energy Project

This week our Map of the Week is YOU ARE HERE, a powerful tool for organizers put together by Sane Energy Project that shows the insane build out of fracked gas infrastructure in New York State.

We’ve toured to many of those dots and have seen the strength of the communities there.

The green dot on that beautiful blue lake is where on Wednesday Josh Fox, Bethany Yarrow, Rufus Cappadocia and I joined the Seneca Lake Defenders on a renewable energy themed blockade. Renovus Energy was there too, offering better jobs in the local solar Industry.

We were there to say no to the expansion of extreme energy in our country and yes to the alternative- democratic, renewable energy.

We were there to support our fellow fractivists who have organized an incredible showing of community through an 8th month sustained civil disobedience campaign, but we were also there to represent each and every one of you who is being threatened by fracking and fracked-gas infrastructure. 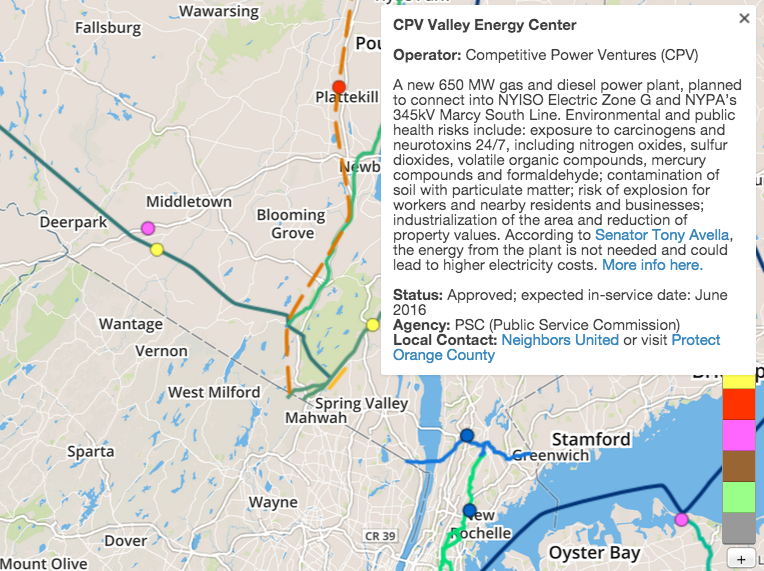 Like the folks in Waywanda, New York, where the fossil fuel industry wants to put in the CPV Power Plant, a fracked-gas power plant near an area already feeling the effects of the Miniski Compressor Station.

I was at a rally against the CPV power plant in nearby Middletown recently, and I saw the same strength there that I saw when people blockaded the gates of Crestwood on Seneca Lake.

We were there to represent dozens of other communities that are under siege now from bomb trains that run through their backyards carrying explosive oil fracked in the Bakken Shale.

We were there to represent our own infrastructure fights. Bethany’s home and her neighbors’ homes in Schoharie County are threaten the by the Constitution Pipeline. 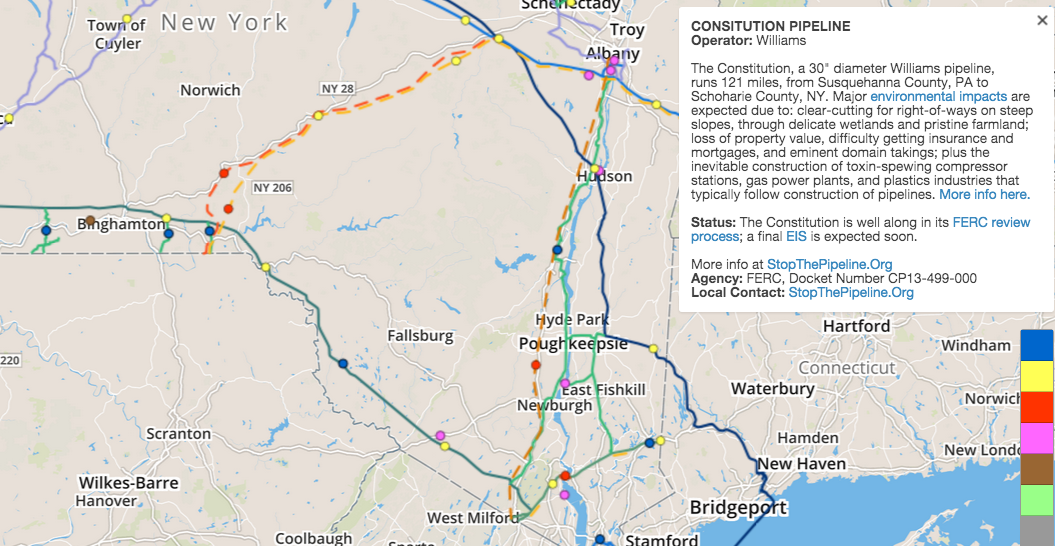 What will bind the communities of the Finger Lakes and Schoharie County with the rest of the country? Will it be pipelines and crude oil rails? Will it be  air pollution and contaminated waterways?

Or will it be that these communities stood up against the most powerful companies in the history of the world to defend their homes and protect their families?

If these projects are allowed to continue it’s game over for our planet meaning whether there is an infrastructure dot over your house or not, we are all here.

Please share our Map of the Week and check out Sane Energy Project’s interactive fracked-gas infrastructure map YOU ARE HERE.

To get involved in building the alternative to dirty fossil fuels, join us at www.solutionsgrassroots.com