I’ve been looking at maps of  bomb train routes. Maps of proposed pipelines and other infrastructure projects like LNG ports and gas-fired power plants. Maps of fracking wells and areas where fracking earthquakes are popping up like crazy.

Looking at all these maps, I see each community that has been put on the fossil fuel chopping block and think about the people I know who are now forced to live their lives in these danger zones. Looking at map after map, I can also see the bigger picture of fossil fuel domination as it expands across our country, a dangerous web of pipelines and train tracks that connect well pads to the rest of the world, threatening us all.

Seeing the bigger picture is a powerful thing, that’s why were starting a new series on our blog- Map of the Week. 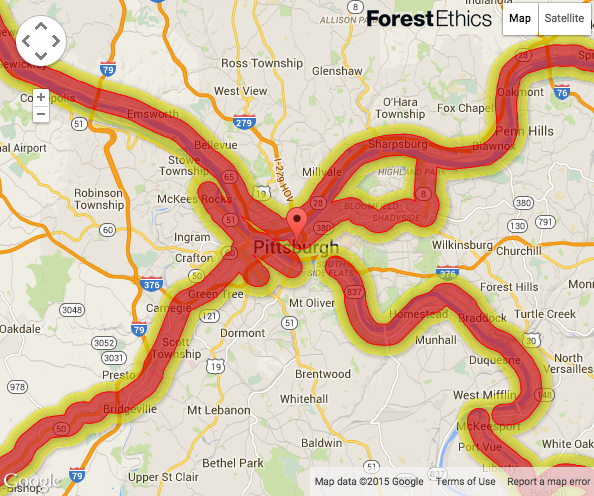 Our first Map of the Week shows the danger zone created by crude-oil bomb trains running through my hometown of Pittsburgh, PA.

The red is 0.5 Mile US DOT Evacuation Zone for Oil Train Derailments and the yellow is 1.0 Mile US DOT Potential Impact Zone in Case of Oil Train Fire.

Pittsburgh may have been the first city in the world to ban fracking, but when it comes to crude oil bomb trains, it’s marked by a giant X of potential disaster, with trains running by all three major rivers and near sporting stadiums and hospitals.

And it’s not just Pittsburgh.

Once the crude oil is fracked in North Dakota, it's shipped out over a dangerous web of rails across our country through the backyards of America, into our major cities. In some places, these are the very same tracks that carry passengers through Amtrak and commuter rail. 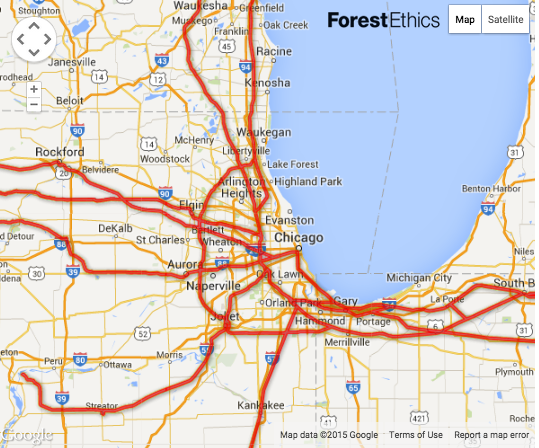 The bomb trains in and around Chicago form a catcher's mitt of potential disaster. 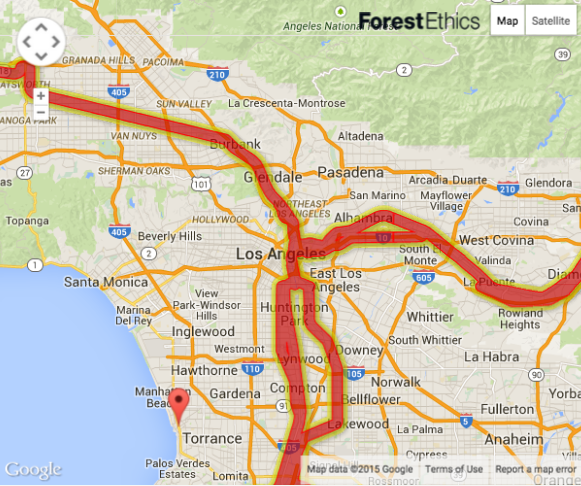 Parts of LA are also in the crosshairs 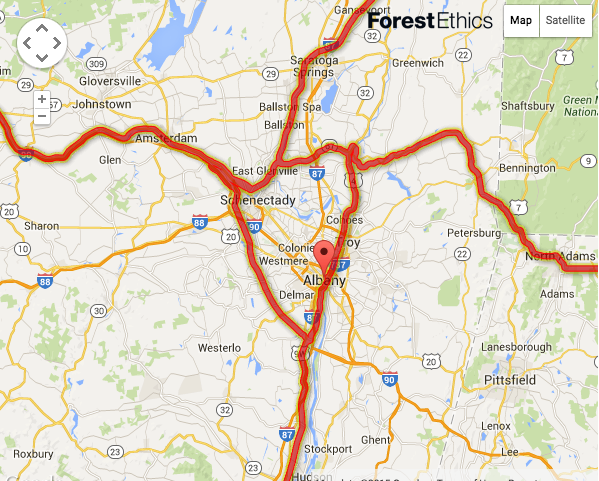 Bomb trains run along the Hudson River and circle Albany like a dangerous ring of fire. 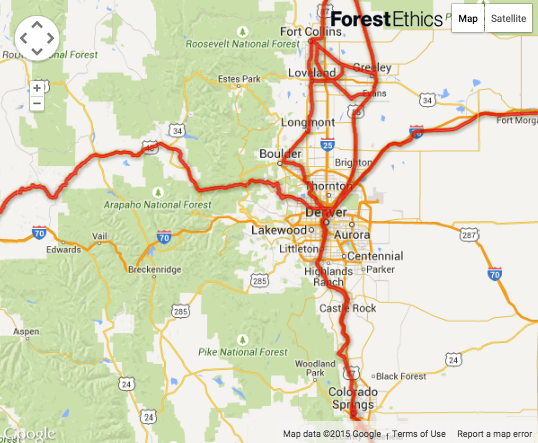 From Fort Collins, down through Boulder and Denver, to Colorado Springs, many Colorado towns are at risk. 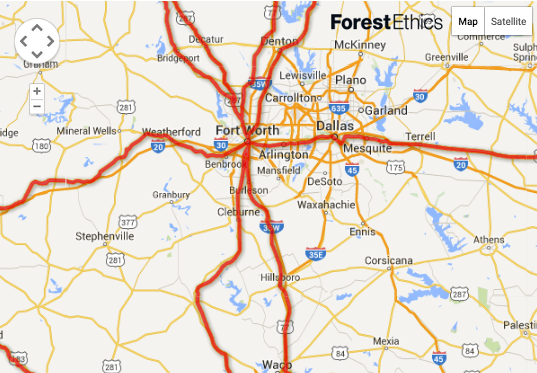 For more information on these dangerous bomb trains, watch our Video of the Week: “A Danger on Rails” by Jon Bowermaster.

And to see if your town is in the bomb train blast zone visit http://explosive-crude-by-rail.org/

P.S. If you have videos or maps you’d like us to share please email me at leeziesche@gmail.com
P.P.S Please consider chipping in so we can continue to share this vital information. Donate Here