While on a recent train trip from Denver to New York City, my view of our country was often blocked by the black blur of a train hauling crude-oil tanks.

I watched these bomb trains cross through the backyards of America transporting oil fracked in the Bakken Shale; a once rural region of North Dakota that can now be seen from space because the fracking flares burn so bright. 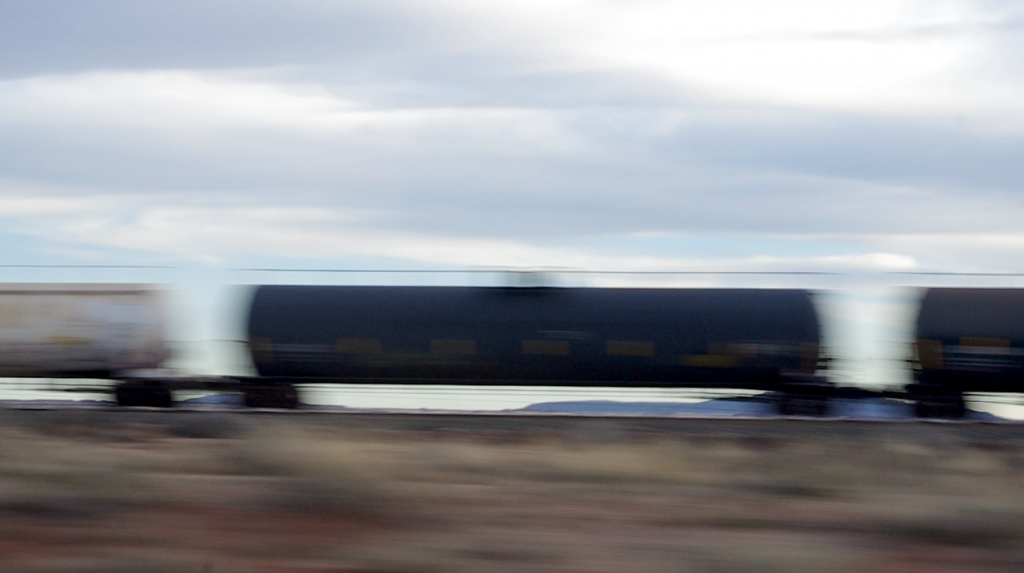 We recently toured across Pennsylvania and New York, and communities from Pittsburgh to Philadelphia and from Buffalo across the state to Albany all the way up through Plattsburgh are scared their town could be the next Lac-Megantic disaster; 47 people were killed there when an oil train derailed and exploded, burning down most of the downtown area.

Seeing those bomb trains rumble through towns, it’s so clear that the future they are speeding off towards is not the one I want for the country beyond my window.

They are careening towards a world where instead of switching to a safer, more sustainable track, we kick it into high gear and squeeze every last drop of fossil fuels from our planet using more extreme methods like fracking and offshore drilling.

The fossil fuel industry is getting more desperate and dangerous with every passing day. They won’t stop endangering our communities and our planet until we demand the alternative.

Please watch and share our Video of the Week: “Bomb Trains” by Messiah Rhodes.

Thanks and have a great weekend,