As more scientific evidence and bans stack up against fracking in both the U.S. and the U.K., the oil and gas industry continues their charade in England, where they are once again denying science by claiming that fracking is anything other than another dirty fossil fuel that contaminates local water and air and exacerbates climate change.

In our video of the week Russell Brand brilliantly exposes how ridiculous the industry’s charade of ‘safe-clean energy’ has become in England.

England needs to follow Scotland’s lead. The Scottish parliament has passed a moratorium on fracking and the rest of the UK should do the same.

As New Yorkers Against Fracking said today, we stand with you. 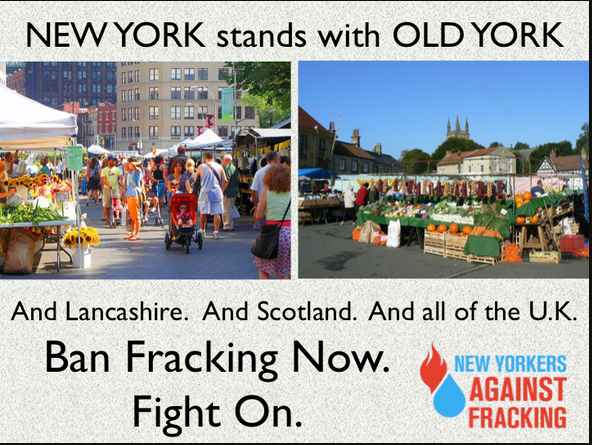